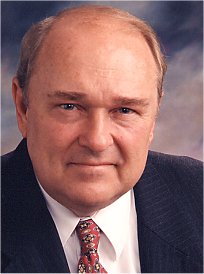 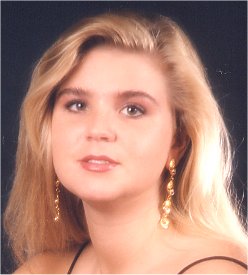 An 18-year old girl named Kimber Reynolds was murdered in Fresno, California in 1992. Her death accounted for less than 1 percent of all homicides committed annually in that county. Yet Kimber’s killers did not reduce her to an insignificant statistic. Instead, her father made her short life a catalyst for the protection of individual freedom.

Immediately after his daughter’s death, Mike Reynolds went on the offensive, facing a wall of television cameras and speaking out on talk radio across the country. With every interview, his message was the same: so long as Kimber’s murderers remained free, the law-abiding would not be safe. Mercy to the guilty, he argued, was cruelty to the innocent.

When one of the two men responsible for her murder was killed during his arrest, Mr. Reynolds looked toward just punishment for the other. When that second man was sentenced to only nine years in prison (and ultimately paroled in half that time), Mr. Reynolds took action. He helped draft California’s now famous “Three Strikes and You’re Out” law which was put into effect in March of 1994.

Mr. Reynolds insisted that the Three Strikes law be “simple enough to understand, certain, and tough enough to discourage.” The law states that a criminal’s jail sentence must double upon conviction of a second serious or violent offense; and a third such conviction must result in a minimum sentence of 25 years to life in prison.

Like most uncompromising measures, Three Strikes and You’re Out initially came under attack from some quarters. Critics predicted that it would have a limited impact on crime, overcrowd prisons and strangle California’s budget. Five years after its enactment, all three fears proved to be ill founded. The Rand Corporation, one of the nation’s most respected public policy think tanks, estimated in 1994 that it would take 25 years for the law to produce a 22 percent decrease in crime. Instead, it took just four years to drop 37 percent. Indeed, in the first four years after Mr. Reynolds’ Three Strikes law went into effect, California experienced its all-time largest crime reduction and nearly doubled the declines seen across the rest of the nation. The number of homicides was cut in half, giving the state its lowest murder rate since 1970.

Despite the California Department of Correction’s prediction that the law would increase the state’s prison population by more than 100 percent, there has been only a 32 percent increase in the number of prison inmates – actually a smaller increase than was experienced in the five years preceding the law.

Perhaps most important of all are the tangible and intangible savings that have resulted from California’s Three Strikes law. In sheer economics, the state already has saved more than $8 billion, money not spent on law enforcement efforts to identify, apprehend and try violent crime suspects or on services made available to crime victims. What’s more, the California Attorney General’s office estimates that the law has saved one million people from becoming victims of violent crime because it has imposed long-term sentences on those felons most likely to be repeat offenders.

One of the strongest tributes to Mike Reynolds’ success is the nationwide proliferation of measures and voter initiatives which have been modeled after his Three Strikes concept. To date, 31 states have enacted laws with the same purpose and the federal government has passed a law which imposes the three strikes punishment standard on anyone committing violent federal offenses. What Mike Reynolds initiated as a personal homage to his daughter has become a lightening rod for citizen action groups across the country. He himself worked on passage of the recent California law called “10-20-LIFE” (which imposes significantly longer prison sentences on anyone who uses a gun while committing a crime) and has devoted energy to the enactment of similar legislation in states around the country.

The United States was born not from the actions of exceptional individuals but from the extraordinary efforts of ordinary people. Until his daughter’s death, Mike Reynolds was content to travel through life anonymously as a wedding photographer. But when fate intervened, he rose to the occasion. All across this country there is smoldering outrage against a criminal justice system that does not sufficiently protect us against street criminals. Mike Reynolds had the vision to do something about that infringement upon liberty. His personal loss has been great. Yet he is honored with the 1999 Sovereign Fund Award not for what he lost but rather for what he has helped so many to gain the knowledge that senseless violence relegates freedom to an ideal rather than a guarantee. He is an unsung hero to countless Americans who might otherwise have fallen prey to heinous crime. Thanks to his insight and commitment, they will live longer and safer, even if they never know his name.